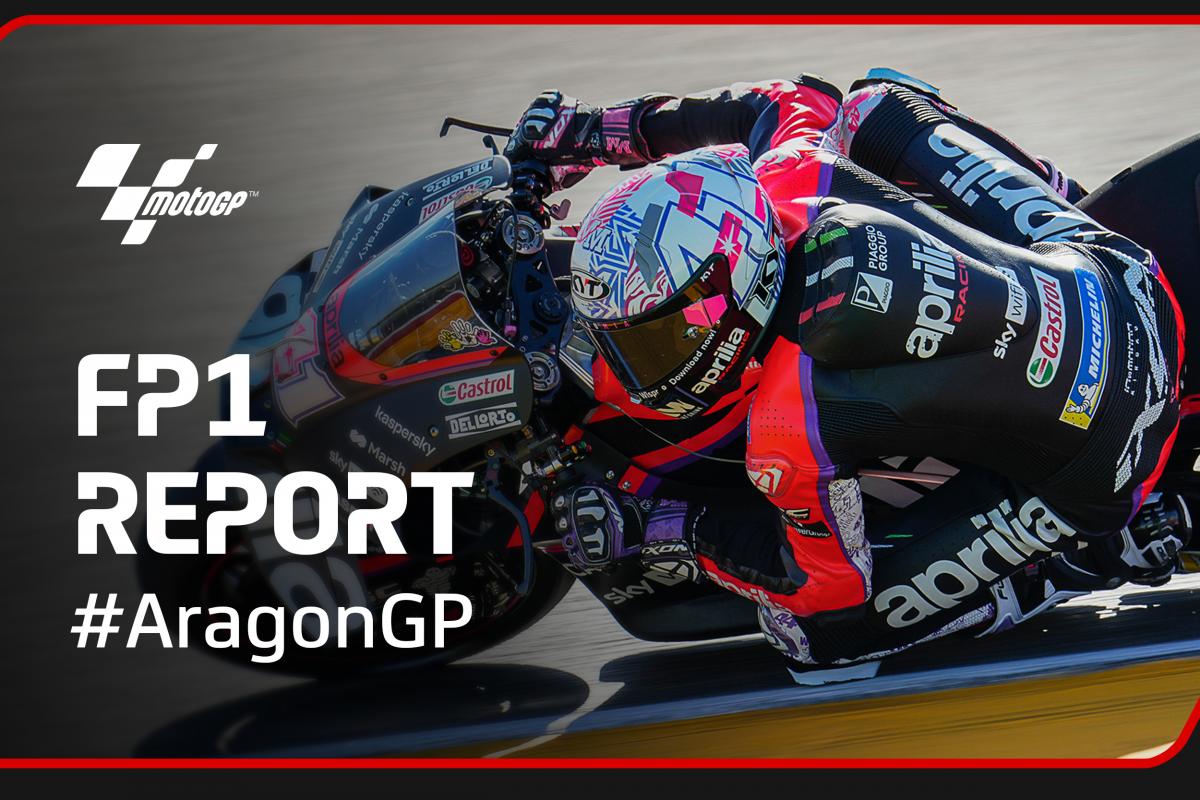 Aleix Espargaro tops Aragon FP1 regardless of a crash

It was a blended Friday morning on the Gran Premio Animoca Manufacturers de Aragon for Aprilia Racing’s Aleix Espargaro, who set the tempo in MotoGP™ FP1 but additionally had a painful crash. Using not too removed from residence turf, Espargaro clocked a 1:48.686s on medium compound Michelin slick tyres throughout his first run, and that will show to be the very quickest lap of the session. Nonetheless, Aprilia’s ‘Captain’ then had a spill at Flip 16 at first of his second run, including a sore left knee to the finger fracture which he sustained in final week’s Misano Official Take a look at. Fortuitously, he was in a position to hop again on a motorbike and accumulate some extra mileage later in FP1, though then there was one other mishap within the type of what regarded like a experience peak gadget difficulty throughout his follow begin on the finish of proceedings.